The ladder to peace

Exercises & Yoga Poses To Do During Pregnancy

Most Effective Yoga Poses And Exercises To Practice During Pregnancy

Exercise is considered safe during Pregnancy when the mother is healthy, not too far along.

She gets approval from her healthcare provider before beginning a new exercise regimen. It should be enjoyable so that the expectant mother will continue to do it after birth.

The routine for Yoga for pregnant women combines a series of Yoga poses with breathing exercises to bring mental peace and physical well-being.

It is advisable to do the exercises during Pregnancy under an experienced yoga teacher who has a thorough knowledge of yogic practices and their safety measures, especially during Pregnancy.

Yoga teachers can help pregnant women learn Yoga poses safely and understand which pose is more beneficial for them in specific trimesters, what modifications can be applied to make the pose more comfortable and less strenuous, what to avoid during each Trimester, when it is advisable to stop practising specific poses for brevity etc.

Yoga Poses To Do During Pregnancy

Prenatal Yoga Exercises & Poses To Be Done During 1st Trimester

During the First Trimester, many women complain of fatigue and nausea. So exercise and Yoga during Pregnancy should help relax and rejuvenate you. These include:

Pregnancy Yoga Exercises And Poses To Be Done During 2nd Trimester

By the end of the First Trimester, you will notice that the woman looks visibly pregnant as the baby starts growing.

During the Second Trimester, discomfort and discomfort will start to decrease, and you can do various exercises and yoga poses.

Here are some of the best poses for Yoga for pregnant women during the 2nd Trimester.

Pregnancy Yoga Exercises To Be Done During The 3rd Trimester:

By the end of the second Trimester, the belly is visibly bulging. The mother’s body has slowly become accustomed to Pregnancy.

So it would help if you started doing exercises that include mild stretching and strengthening exercises and some breathing techniques to prepare for labour.

One can also practice all the poses for yoga classes online during the first and second Trimester.

But if you feel any discomfort, stop immediately and consult your doctor/yoga instructor for guidance.

Pregnancy Yoga And Exercises For Labour

Yoga exercises during the last Trimester mainly aim to prepare the mother’s body for labour.

The breathing techniques learned earlier will help relax and prepare mentally for the momentous event.

It also helps to increase the elasticity of muscles so that they do not tear during the birthing process.

Yoga during Pregnancy can significantly reduce labour pain as well. Here are some of the top exercises to practice.

Inverted Yoga Poses To Be Avoided During Pregnancy

It would help if you avoided inverted Yoga poses like headstands, shoulder stands and handstands during the First Trimester.

Inverted poses tend to cause bleeding in early pregnancy, so it is best to take it slowly at this point.

You can also do these poses but only under the guidance of an experienced yoga instructor.

After the first trimester, your uterus is high enough to protect the baby from harm, and it becomes less likely that you’ll experience any bleeding.

So it is more likely that you can slowly try inverted poses as long as they feel comfortable and do not cause any discomfort.

As the baby grows, discomfort levels will increase, and you should avoid all yoga poses that involve lying on the back, twisting the spine and stomach muscles.

These Yoga during pregnancy poses should be attempted only after the first Trimester because you will experience discomfort if you do them now.

You can start doing them even in the first trimester, but it is best to avoid extreme versions of the pose by bending completely or going into a full split.

During Pregnancy, there is a tremendous demand for an extra amount of blood to nourish the foetus and sustain normal metabolic activities. These demands are met by increasing cardiac output, rise in basal cardiac frequency and peripheral vasodilation. Hence, a yogi mustn’t practice various asanas during Pregnancy without expert supervision. Yoga during Pregnancy is considered physiotherapy during the prenatal period to maintain a congenital health condition of mother and foetus. 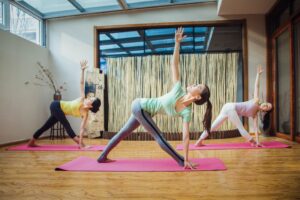 Yoga classes online: The Ultimate Guide to Yoga for Beginners

Have you seen a child when they first start writing?? The imperfection in holding a pencil, shaky imperfect lines, and a face of disbelief are 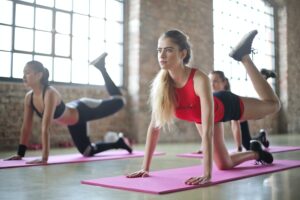 Being overweight is not a ‘good health’ sign. Staying healthy and fit is a routine that makes you feel positive, enhances your productivity, and creates 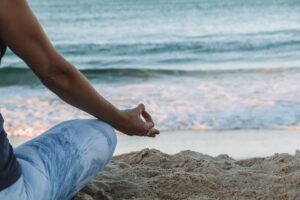 Yoga for diabetes: Can Diabetes Be Cured Permanently By Yoga?

Diabetes is a disease that directly affects your daily life and food habits. The lack of insulin in the human body is a fundamental reason 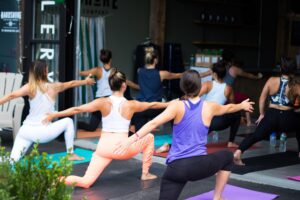 Learn how to overcome fatigue with these 5 yoga tips

A state of body and mind when you feel exhausted, tired, and lack enthusiasm in your routine is known as fatigue. It can be caused 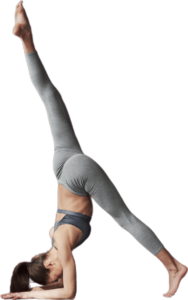 Adopt a healthy lifestyle by including yoga in your daily routine with our Yoga  programme.